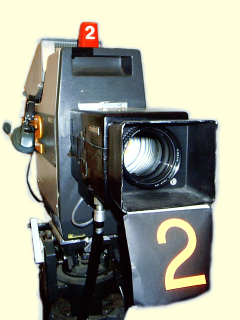 “Space Trash” was produced by one of them, and I had a hand in some of it's production, merely for the enjoyment of it.  I think it was about a year in the planning (or maybe “changing of minds about what to do,” might be a more accurate description), and I visited some of the production meetings.  I supplied most of the video production equipment used to make and edit it.  Acted as a technical adviser and technical director during the shooting of it (about three weeks worth), and helped with the editing of it (it took around two weeks to complete).